Dressed in a long-sleeved chiffon top and an orange pleated skirt, bilibili vlogger Shi Shanyi flourished her round fan as she faced the camera and told viewers about the beautiful hanfu, the traditional clothing of the Han ethnic group. 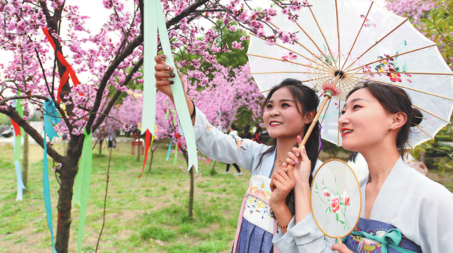 Unlike other people who wear traditional ethnic clothing on special occasions, however, Shi encourages viewers to don hanfu on a daily basis.

In some videos on her bilibili account-called maobuxiaojiejie (or Miss Catwalk in English)-Shi asks viewers to boldly wear hanfu if they really like the traditional outfit.

To demonstrate that hanfu can be worn on most occasions with modern sensibility, Shi and her friends were filmed walking through a garden, a subway station and a shopping mall in their hanfu.

Shi, along with many other young Chinese people at home and abroad, is part of the hanfumovement, in which followers seek to revitalize traditional Chinese clothing, particularly that worn by the Han ethnic group.

The movement is believed to have started about 16 years ago when Wang Letian, a native of Zhengzhou, Henan province, wore hanfu in public.

Since then, the number of people adopting the ancient style of dress in modern times has grown significantly.

Though there are no official numbers showing the recent surge, one can see people wearing hanfu on the street in everyday life. Clubs dedicated to hanfu appreciation are being set up at many universities across China, providing plenty of evidence of its popularity among young people.

So serious is this style of dress to some that they have started running businesses centered on promoting hanfu and Chinese culture appreciation.

Among them is 25-year-old Sichuan province native Zhuo Tongzhou.

After graduating with a master’s degree in management from Australia’s University of Sydney, Zhou, along with her boyfriend, set up a business in Sydney dedicated to promoting Chinese culture-turning down a job offer from Price Waterhouse Coopers. 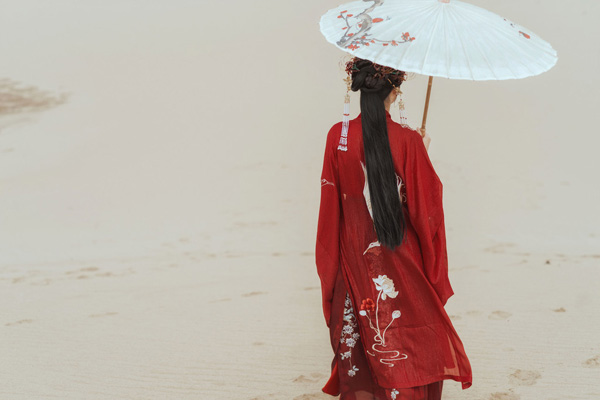 In a profile video of Zhou produced by Bohdee Media last year, she said she had been captivated since she was a child by men and women dressed in Han-style robes fighting each other in kung fu television shows.

Although she started wearing hanfu on a daily basis simply because she really liked it, Zhou began to take it more seriously when she began attracting the attention and interest of foreigners and others who share the same love for traditional Chinese culture, according to a China Central Television report on hanfu last year.

The Sina Weibo star has seen both her business in Sydney and her popularity on the micro-blogging platform continue to grow.

Because the clothing style disappeared for about 400 years before its reemergence, several critics and academics doubt the authenticity of modern adaptations of hanfu, claiming that the followers did not do sufficient historical research before recreating the outfits. Some have even gone on to say that the movement is entrenched in racism and linked to nationalist movements which could spark potential conflict between the Han ethnic group, which makes up almost 92 percent of China’s population, and the other 55 ethnic groups.

However, many young people who adopt hanfu as their daily fashion choice maintain that they wear it to show appreciation for their heritage and to feel a connection to their roots, with no political intention or motivation involved.

Despite of the ongoing debate over hanfu, many young Chinese people, including Shi and Zhou, continue to promote wearing hanfu as a lifestyle choice and hope that it will one day be accepted as mainstream fashion.